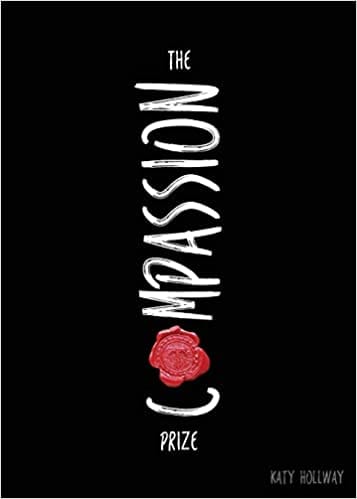 What if compassion was not an emotion that evoked a response, but was a prize to be won?

57142 has only ever known the reality of Outside, the place where he has to glean a lonely existence from the discarded rubbish of Tropolis. Everything changes when he receives the crimson Post. It invites him to the competition that is the Compassion Prize offering wealth, happiness and a place in Tropolis if he succeeds. How could he refuse to enter?

Impoverished and friendless, he must accept the deadly invite even if his sacrifice means he will never see his father again.

Tropolis holds the walled city of Outside at arm’s length, avoiding its duty to take care of the people within and giving them numbers instead of names. The inhabitants can be ignored and profited from. Originally the prize was an attempt to resurrect the authority’s dead ability to show true compassion. But it has become more than a game.